Chinese Companies in the Current U.S. Legal and Regulatory Environment

Chinese Companies in the Current U.S. Legal and Regulatory Environment

Chinese companies investing in the United States encounter vast institutional gaps, and crossing the gaps has become more challenging due to the deterioration of U.S.-China relations. How do and should the Chinese companies react? On October 25, 2018, Rutgers Law School and the Center for Corporate Law & Governance will organize a panel discussion that focuses on the adaptation (or lack thereof) by Chinese companies to the current U.S. legal and regulatory environment. Panelists will comment on the topic from a variety of perspectives. The event is open to the public and followed by a reception.

For CLE credit, please register on the IPE website: https://ipe.rutgers.edu/ipe_reg.php?event_id=567. 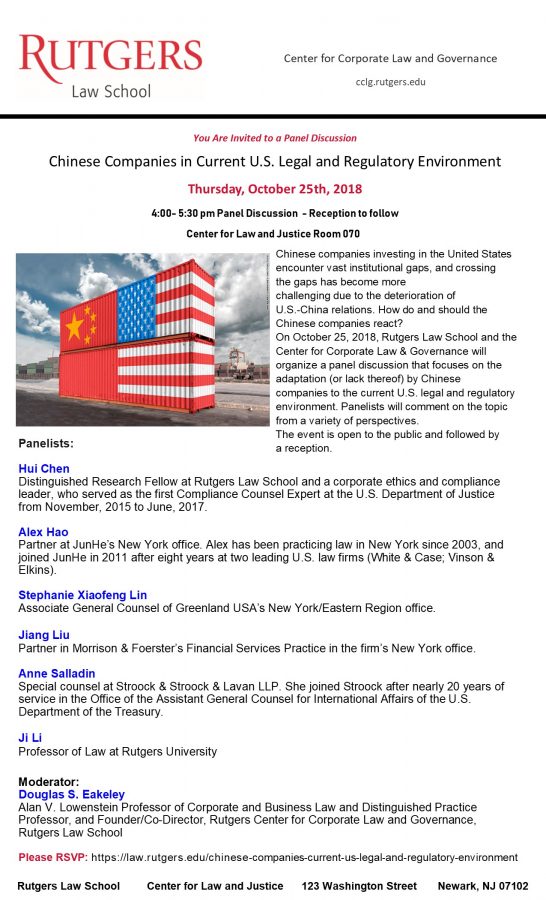 15 Minutes With Ripple’s General Counsel and CCLG Advisory Board Chair, Stuart A. Alderoty