Our keynote speaker for the opening public session, commencing at 5:00 p.m. will be Matthew Mallow, Vice Chair of BlackRock. His keynote topic will be “Shareholder Engagement.”

Please register at https://law.rutgers.edu/center-corporate-law-and-governance-hosts-matthew-mallow-vice-chairman-blackrock  before September 3rd, at 5:00 PM.

The event will be live-streamed at: https://www.youtube.com/watch?v=RRbFXR4dIts 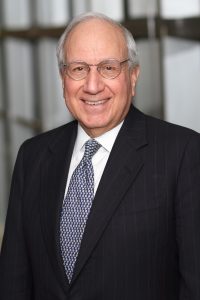 Matthew J. Mallow, Vice Chairman, is responsible for the BlackRock Investment Stewardship group and assists the firm’s Government Relations and Public Policy and retail mutual funds groups. Mr. Mallow joined BlackRock in 2010 as a consultant to the Legal and Compliance department, and from 2012 through 2016 was BlackRock’s Chief Legal Officer and a member of BlackRock’s Global Executive Committee.

Prior to joining BlackRock in 2010, Mr. Mallow was a partner of the international law firm Skadden, Arps, Slate, Meagher & Flom, LLP. He founded and led Skadden’s Corporate Finance department advising investment firms, global corporations, and governments in a variety of financing matters. Mr. Mallow is a Trustee Emeritus of Brown University and has taught as an Adjunct Professor of Law at New York University School of Law.

Mr. Mallow earned a BA degree from Brown University in 1964, and LLB and LLM degrees from New York University School of Law in 1967 and 1968, respectively.

15 Minutes With Ripple’s General Counsel and CCLG Advisory Board Chair, Stuart A. Alderoty